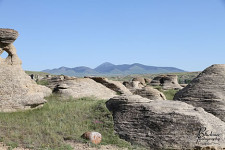 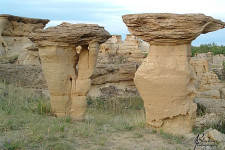 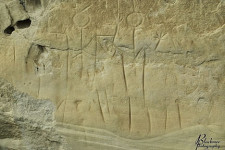 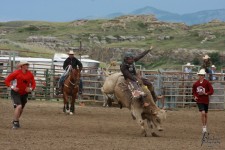 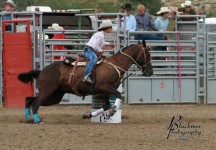 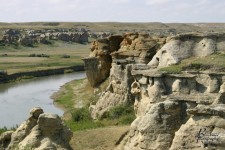 Writing-on-Stone is a sacred landscape. The Milk River valley has the largest concentration of First Nation rock carvings – rock paintings in North America.

Writing-on-Stone Provincial Park is located about 100 kilometres southeast of Lethbridge, Alberta or 44 kilometres east of the community of Milk River, and straddles the Milk River itself. It is one of the largest areas of protected prairie in the Alberta park system, and serves as both a nature preserve and protection for a large number of aboriginal rock carvings and paintings.

.The provincial park is synonymous with the Aisinai’pi National Historic Site of Canada.